This story won First Prize for News and Current Events Regarding Israel in the 2019 Jewish Scholastic Journalism Awards.

youtube.com via The Boiling Point

Hamas leaders called on the crowds to cross into Israel during the 2018 Gaza war. IDF sniper fire killed more than 100, most but not all fighters.

Shalhevet students were mostly supportive of the actions of Israeli soldiers who shot into crowds of Palestinian protesters gathered at the Israel-Gaza border, but some condemned the decision to use guns with live ammunition.

The protests  began March 30 as a planned “Great March of the Return” coinciding with Palestinians’ annual observance of Land Day, which protests the expropriation of Arab land in 1976. The observance, which began as a weekly event on Fridays, ended May 15 — which Palestinians call “Nakba,” or catastrophe day — observed each year on the day after the anniversary of Israeli independence.

In between, more than 100 Gazans, including at least six children, were killed and 8,700 injured, according to The Jerusalem Post. There were no Israeli casualties, though one person was lightly wounded.

In a Boiling Point Town Hall poll May 17, most of the 124 students answering supported Israel’s actions.  The question was: “Based on what you know about the situation at the Israel-Gaza border right now, do you support the actions of Israel and the IDF?”

Seventy chose “Yes, I fully support their actions, they were acting in self-defense.” Another 25 chose “Somewhat: They used excessive force, but I understand why they did what they did.”

Twenty students answered “Not sure.”

Four students were fully against Israel’s actions, choosing “No, they should not have used lethal force. Many victims were innocent.”

And three said did not know they did not know enough about the topic to respond. Two others’ answer were invalidated because they checked more than one response. 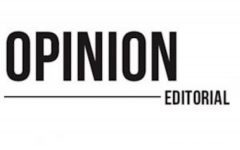 EDITORIAL: Gaza and the perils of polarization

The dividing line seemed to be whether people thought Israel was shooting at peaceful protestors or people who wanted to harm the country.

“It is disgusting that people can be firing bombs at Israel and bullets at Israel and constantly throwing tires that are burning over Israel, and blame it on us,” said Jordan. “People think that it is Israel’s fault when we are just trying to protect our homeland and violence is always our last resort.”

Sophomore David Edwards opposed Israel’s actions because of the gunfire.

“It’s not just to mass-fire into a population that is protesting on a border for their independence as a country and as a nation,” said David.

Jewish History teacher Mr. Jeremy Shine said he wasn’t sure he had all the facts.

“With all situations, we’re dependent on the information that we get,” Mr. Shine said in an interview with The Boiling Point. “I’m always asking myself is there something else Israel could have done, and I just don’t know the answer.

“So do I feel comfortable with it? No. But on the basis of the information that I have, I have to say it’s justified.”

With all situations, we’re dependent on the information that we get. I’m always asking myself is there something else Israel could have done, and I just don’t know the answer. So do I feel comfortable with it? No. But on the basis of the information that I have, I have to say it’s justified.

With music playing and snacks being sold, it seemed that the 40,000 protesters there would demonstrate peacefully. But some had brought knives and wirecutters to try and get to the fence and cut it down, and earlier, on April 23, hundreds of Palestinian protesters tried to cross the fence into Israel. Based on Hamas’s previous history of terror, missile, tunnel and other attacks, this seemed mortally threatening to Israel.

Further fueling fear of the demonstrators’ intentions, widespread media reports from the beginning of the protests showed some Gazans throw burning tires, rocks and firebombs.

A video by Memri.org showed masked Palestinians describe their plans to use kites to destroy Israeli farms, and Times of Israel showed video of fires in wheat fields, a warehouse and a nature reserve.

The second-to-last day of the protests, May 14, coincided with the opening of the United States Embassy in Jerusalem. Thousands of protesters gathered that day, compared to only hundreds on May 15, according to The New York TImes.

When the protest was over, Israel received  condemnation from countries such as Russia, China and Britain along with Antonio Guterres, the United Nations Secretary-General, who said he was “alarmed” by Israel’s behavior.

But the United States continued to support Israel and blamed Hamas. In a Security Council meeting, U.N. Ambassador Nikki Haley stated that Israel used more restraint than any other country would have in that situation.

Freshman Rami Fink agreed that Israel’s self-defense was understandable, but thought too much force had been used.

“I think that Israel has a right to its protection,” said Rami. “Palestinians also have a right to land, and Israel’s use of force is understandable but excessive.”

Sophomore Jacqueline Englanoff said Israel had the right to act.

“Yes, it’s a shame that Palestinians and Gazan lives are being taken because of it,” Jacqueline said, “but I think that in the end, Israel knows what it has to do and they have the right to defend themselves against those trying to harm them.”

Some said Israel could have used rubber bullets, but junior Eytan Kent said that would not have worked.

“What some of the people fail to realize is that those are only for very close range,” said Eytan.

Two days after the shootings at the protest, a Hamas official named Salah Bardawil, said that 50 of the 62 people killed by Israeli soldiers on both May 14 and May 15, were members of Hamas. Eytan Kent said that proved Israel had acted in self-defense.

“It shows they are not just snipering into anyone they see,” Eytan said. “They are specifically targeting people with guns and weapons that are trying to storm the fence and wreak havoc.”

Meanwhile, freshman Hannah Poltorak said that the move of the embassy was more important than what happened at the Gaza border.

“Moving the embassy was a lot more important than the fighting and the battle,” said Hannah. “The Palestinians are trying to reverse what Trump has done and I don’t think that they’ll have the power to do that.”

This story appeared in the Shalhevet Boiling Point June 5, 2018.