We were strangers in the land of Egypt

By the BP Editorial Board

As Shalhevet students, we are constantly being reminded of the weight our voices hold in the world and our responsibility to stand up for what is right. We believe this translates to all Jews being empowered in the same way. 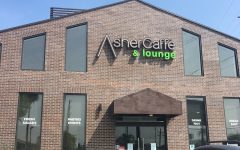 Asher Shalom, the owner of Asher Caffe, the new kosher restaurant in Boyle Heights, recently uploaded various posts with anti-immigration sentiments, including statements by President Trump, and has been met with protests and boycotts by a local group called Defend Boyle Heights. While the Boiling Point believes that Mr. Shalom is well within his rights, and that Defend Boyle Heights protested in some ways that were abhorrent, the issue in this case is that he is being highly offensive to his Boyle Heights neighbors, most of whom are immigrants themselves.

Mr. Shalom has said that he doesn’t understand “the connection between Donald Trump and good coffee.”  But the issue is not that Mr. Shalom is a Trump supporter. Rather, the issue is that when anyone ventures outside of their “bubble,” they have the responsibility to be respectful of others regardless of their political views.

Asher Caffe reportedly makes some amazing food, and a good kosher restaurant is understandably hard to turn down — especially if it doubles as an opportunity to explore a new part of town. But we believe that the Shalhevet community and all local Jews should think twice about patronizing Mr. Shalom’s establishment until he takes steps to think and recognize the weight that his voice holds in the world.

First, Mr. Shalom should take down all offensive posts on his Facebook pages and even consider taking down posts on his personal page. This may seem excessive, but we think he must make an effort to rebuild relations with his new community as a business owner and as an individual. Second, he should further make amends with those he hurt, whether that be through a more sincere apology than his first one, or sitting down and having a dialogue with them.

Third, it would be incredible to see Mr. Shalom hire more workers from the local community in an effort to build bridges and immerse himself in the neighborhood.

We understand that it might seem divisive that we are advocating Jews take action against other Jews. But we believe it is more important to be a voice for those who are voiceless. Every one of us is descended from immigrants to this country, and all of us are descended from those who were strangers in a strange land many years ago. Los Angeles’ Latino community is made up of people with a similar history. Asher Shalom, and Asher Caffe, should represent us as the people who we were and still are.

This story appeared in the Shalhevet Boiling Point on Sept. 28, 2018.